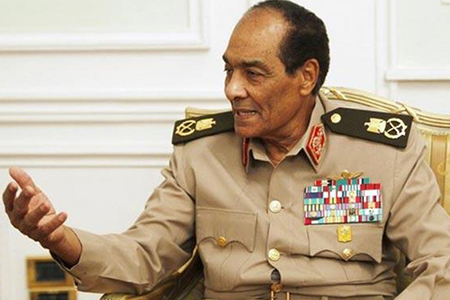 Benha University leaders and staff mourned Field Marshal Mohamed Hussein Tantawy, one of the commanders of the glorious October War. Dr. Nasser El Gizawy, the acting president of Benha University, on behalf of the university's vice presidents, deans of faculties, all academic and administrative leaders and the university family expressed his sincere condolences on the death of Field Marshal Tantawy, asking God Almighty to bless him with his mercy.
El Gizawy also confirmed that the national history of Field Marshal Tantawy as one of the leaders and heroes of our armed forces and the glorious October War .He also considered as one of the national symbols and the Egyptian people who will not forget because of his great history at the military life of Egypt history and his presidency of the Military Council, where he assumed responsibility in difficult circumstances and led the country towards safety.